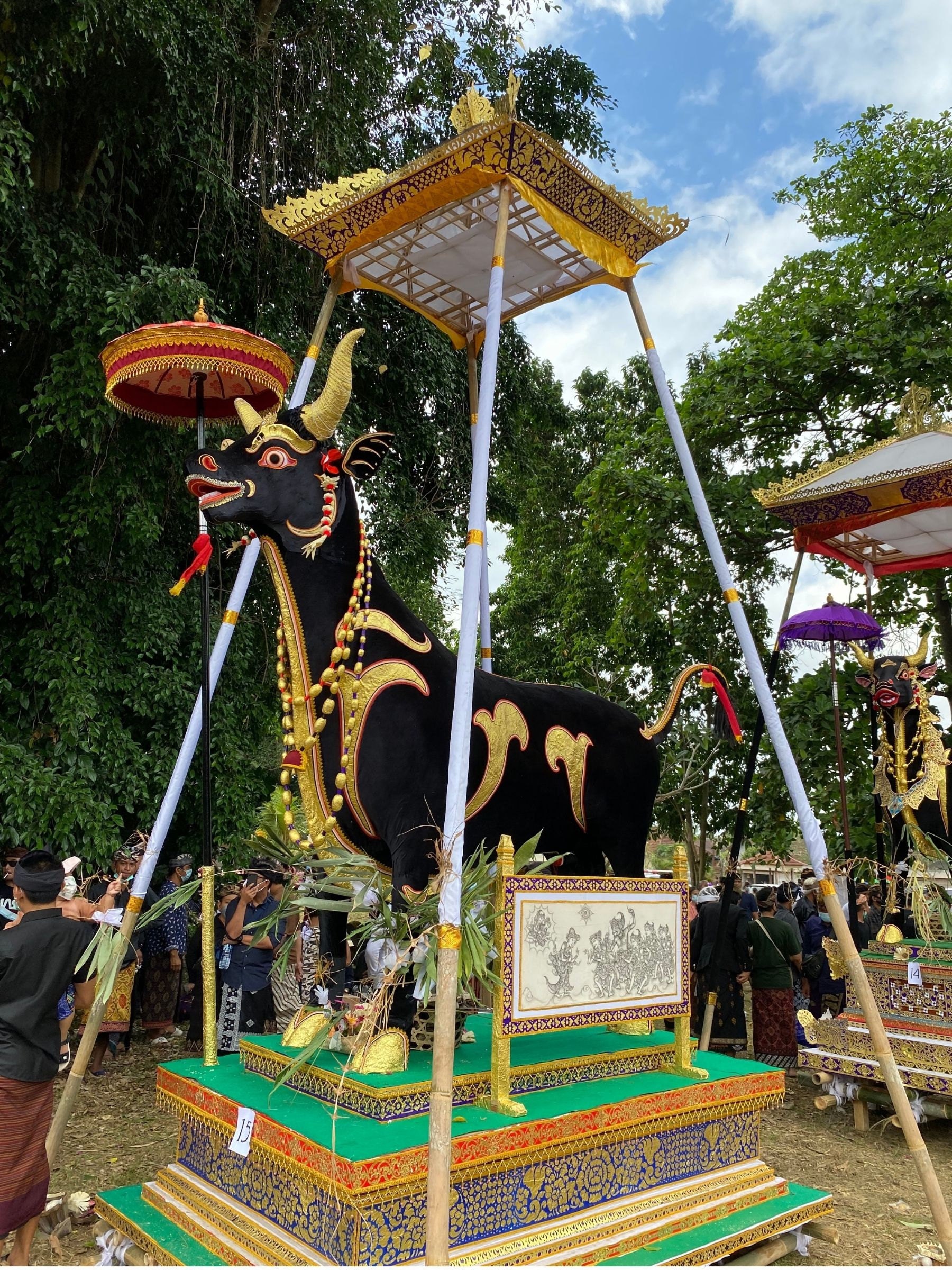 Very beautiful and one of the rarest ceremonies as it is held every 5 years on a massive scale (for a certain group of people it is held immediately after leaving this life, this is for the highest spiritual ranks and "Mangku" priests from temples. The rest are waiting for their turn to give when in the next Ngaben cremation ceremony is scheduled for the settlement.) 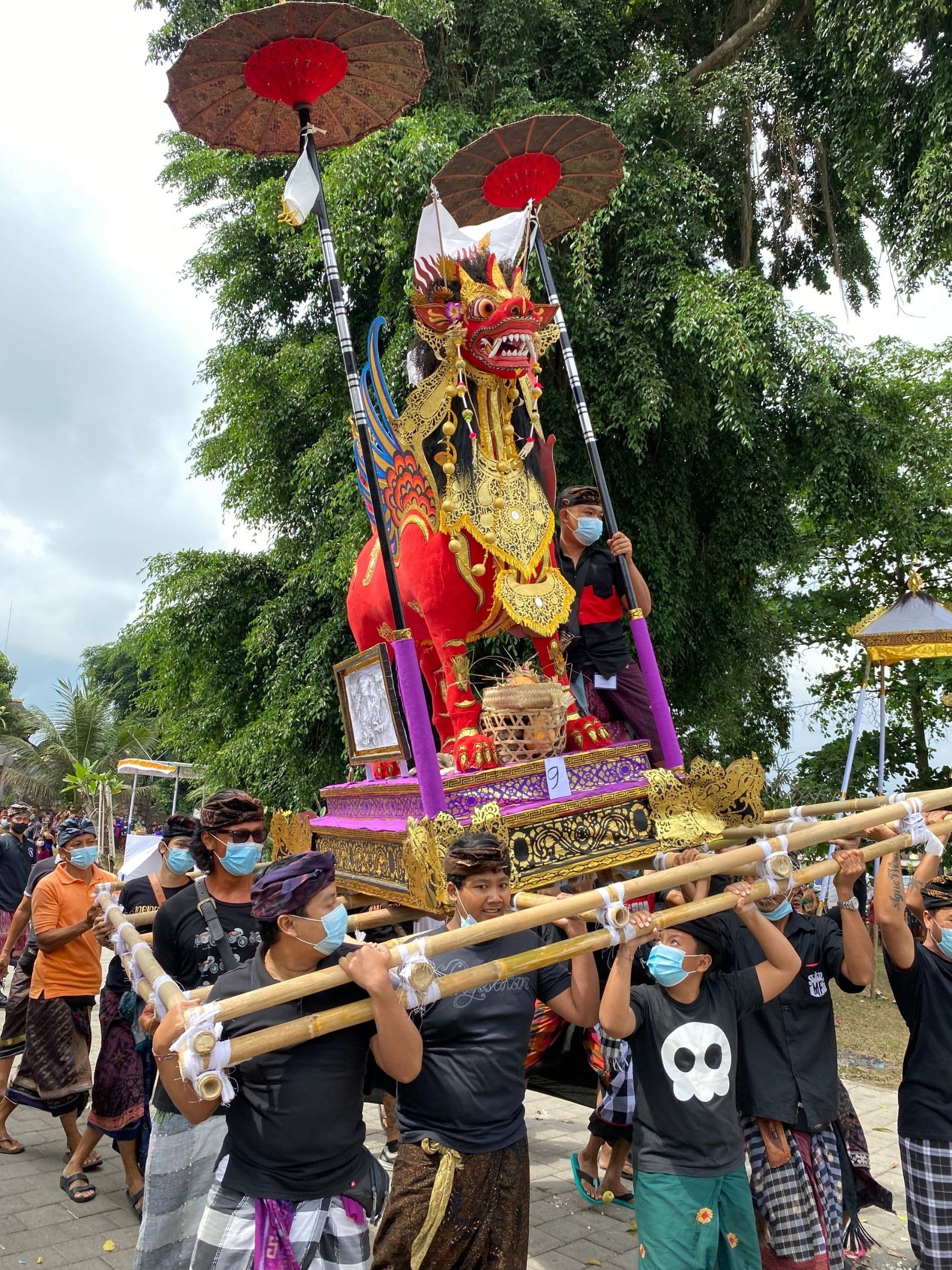 Today will tell about the Ngaben ceremony in the Traditional Village "Pengosekan" as each settlement has its own nuances, but the main points at all ceremonies are the same.

...  The ceremony lasts about a month and all villagers prepare it about 2-4 weeks before the beginning from early morning until late evening. Many take a vacation at work for this time, well, since the villagers mostly work for themselves, they simply stop their main activities and completely immerse themselves in the preparation of the ceremony. 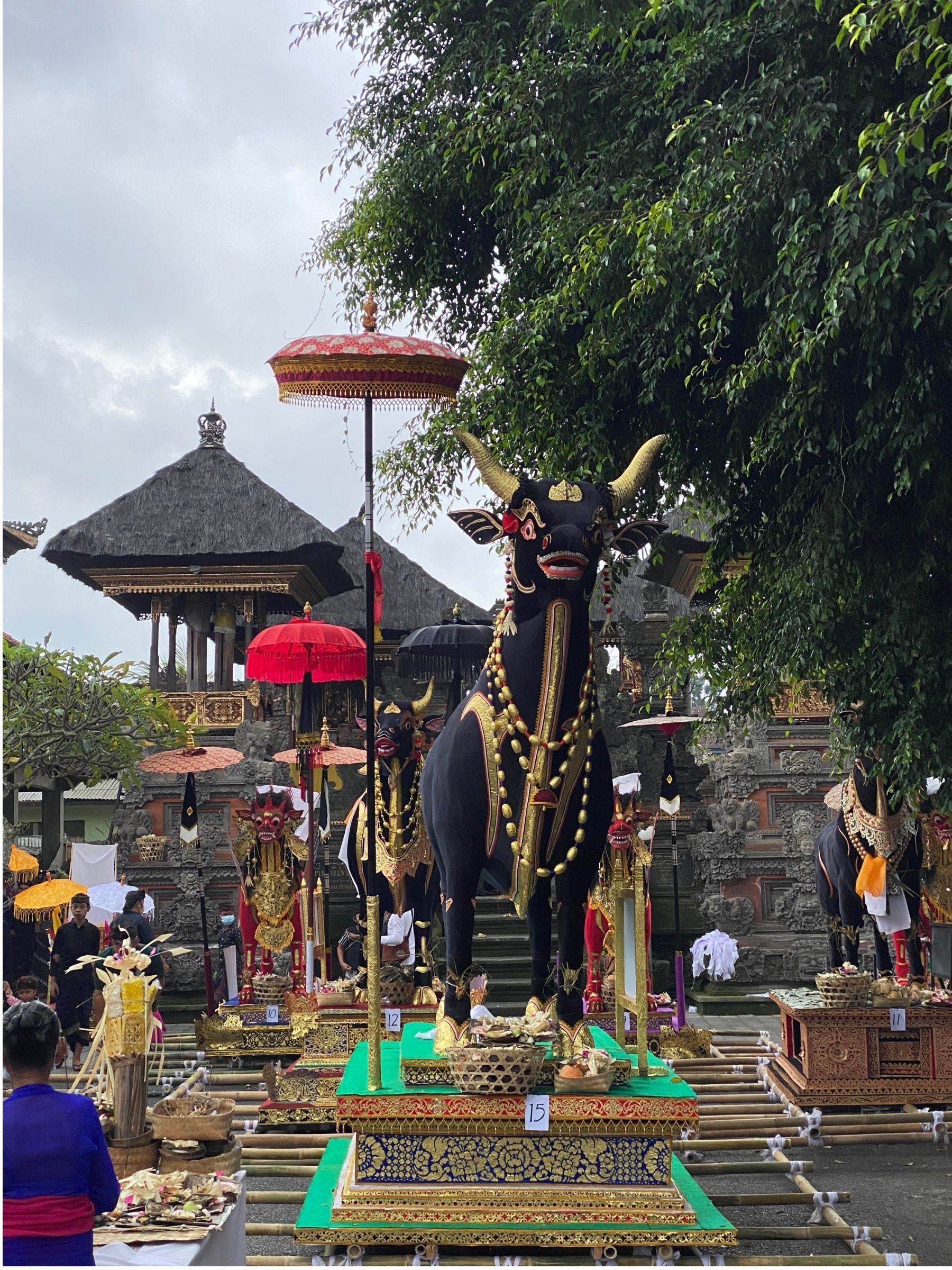 Preparatory events and ceremonies take place for several weeks. There are a lot of offerings for the gods and decorations for the ceremony.  Well, we will talk about the numbers (sums of costs) a little later, but now let's go straight to the main day ...  On this day, there is not a single body in the cemetery, all have already been dug up in the early morning (by this, by the way, the Bali cemeteries are so small) and burned at dawn at the stake near the burial place. All that is left is collected in a special prepared small box and transferred to the altar reserved for this person, this is the last earthly ceremony in his life ... 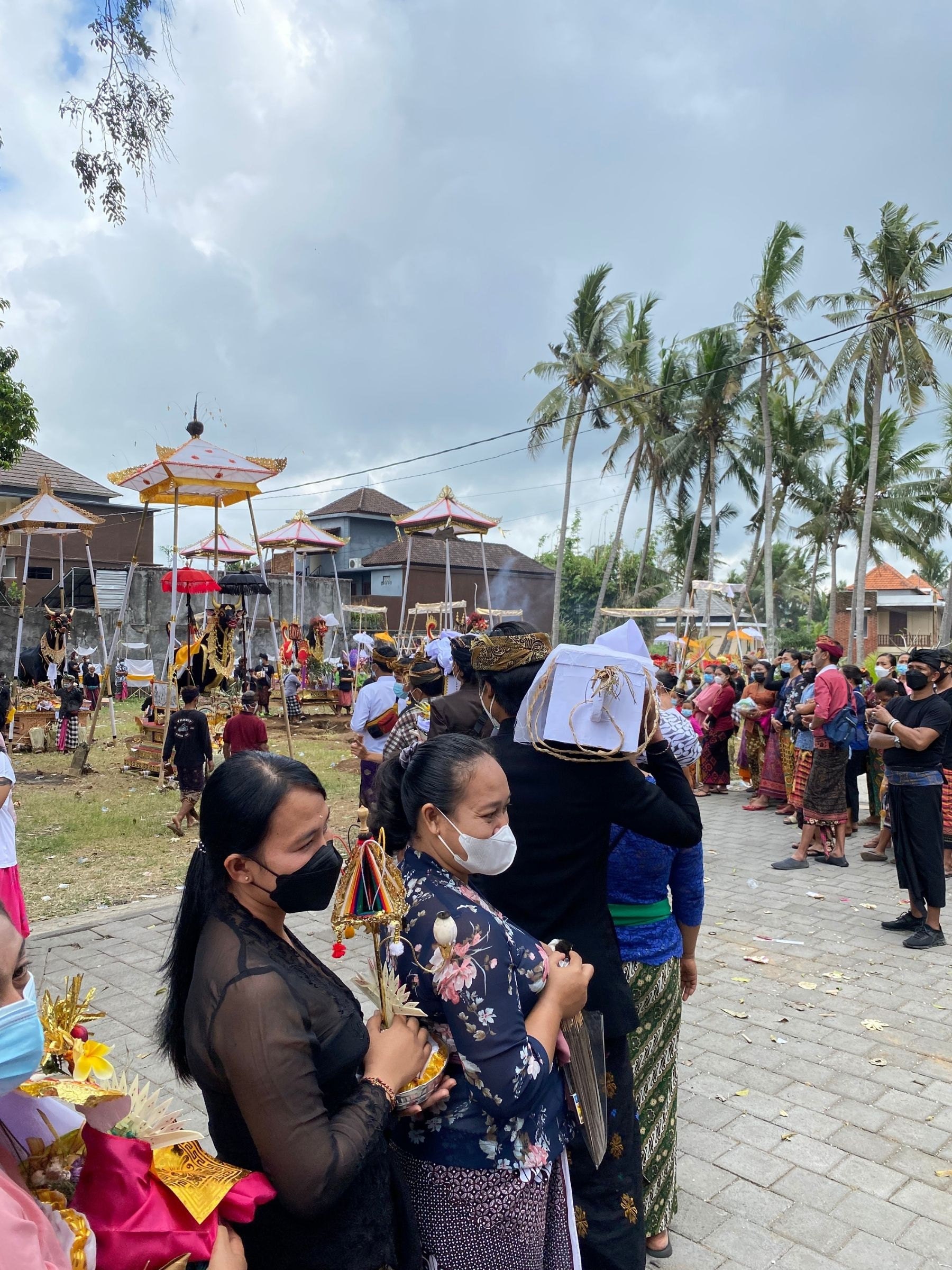 Depending on the caste of a person, his remains (a box with the remains) are placed in a large totem, this can be "Fish", "Lion", "Bull". 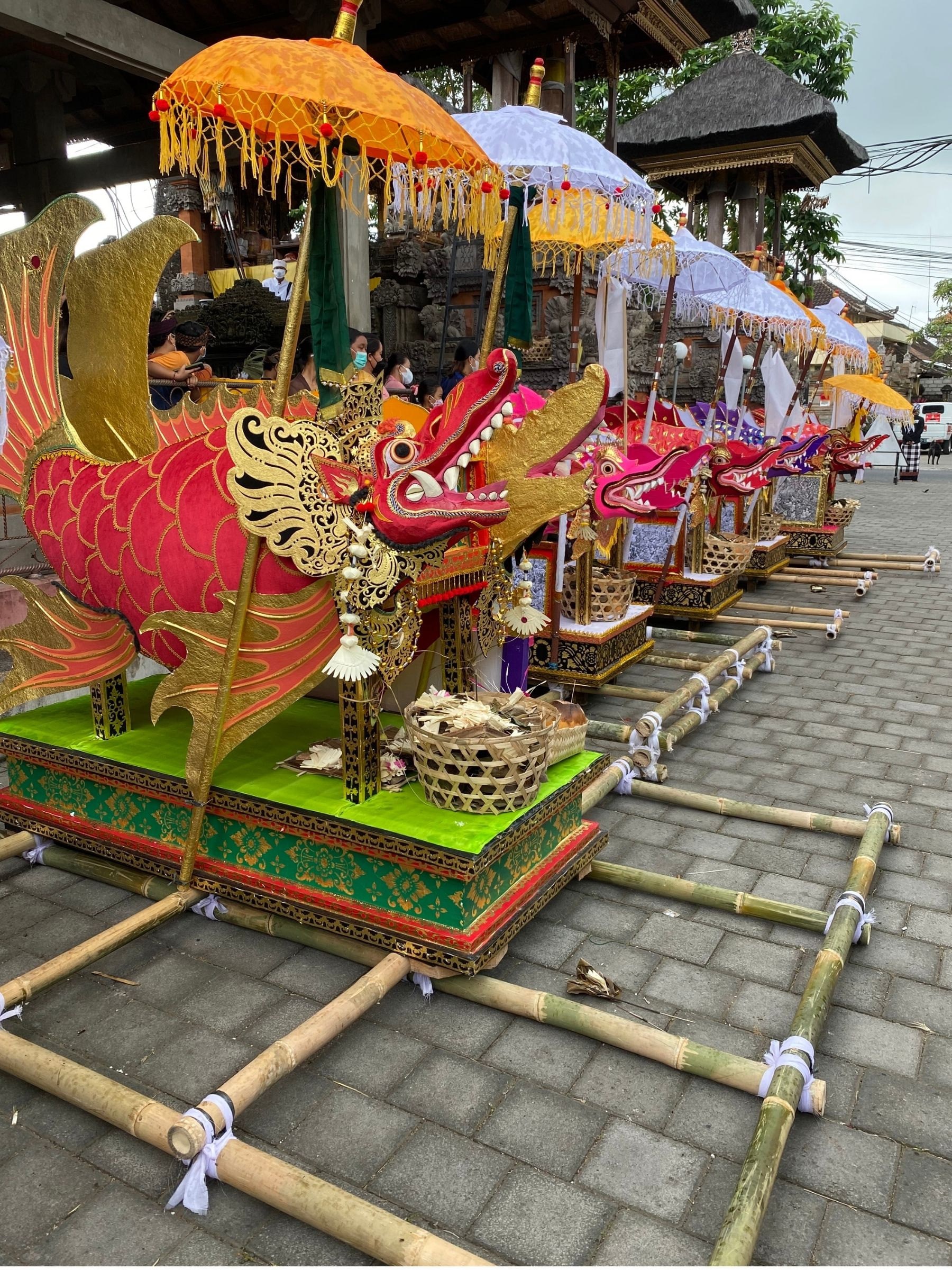 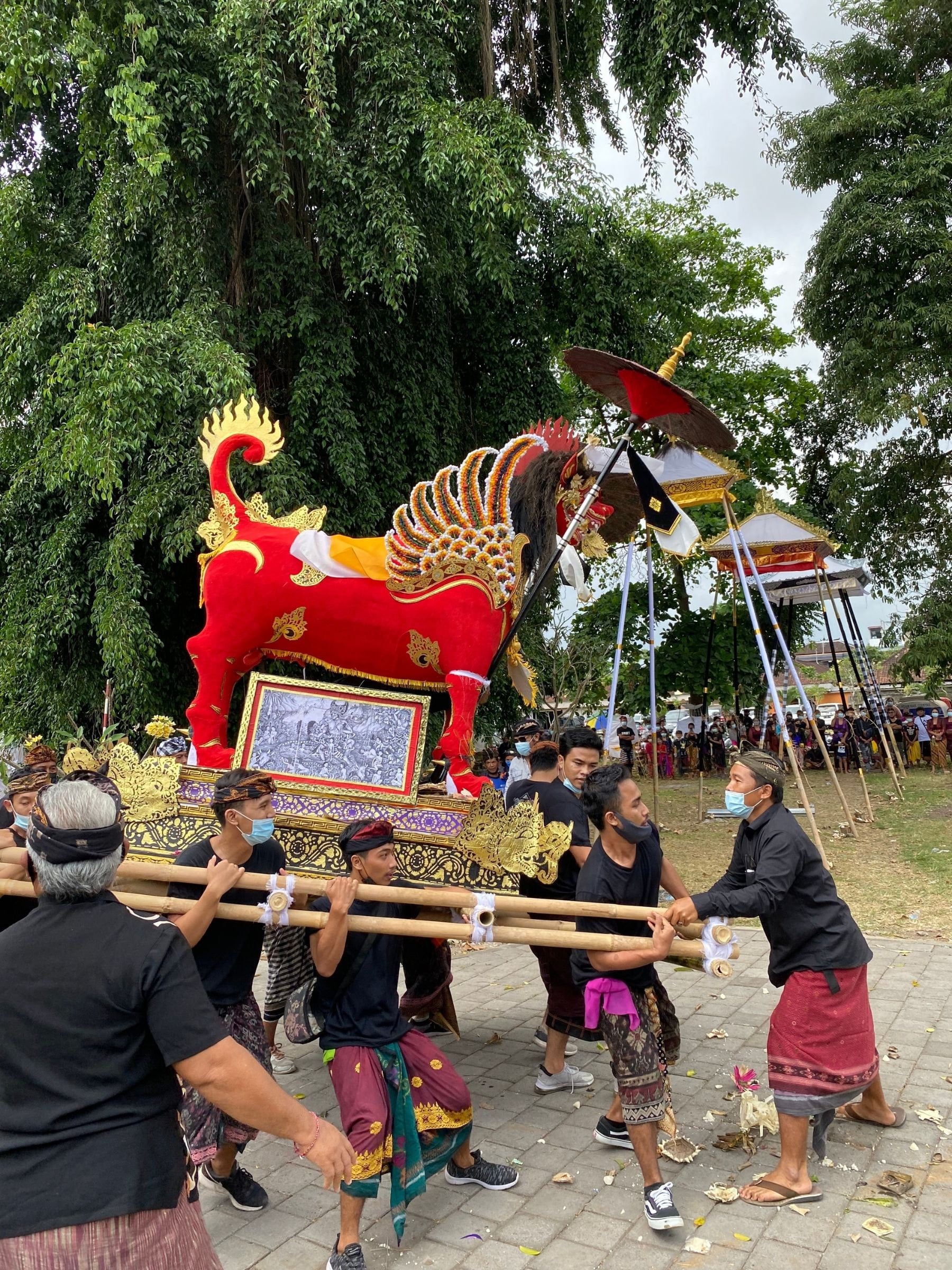 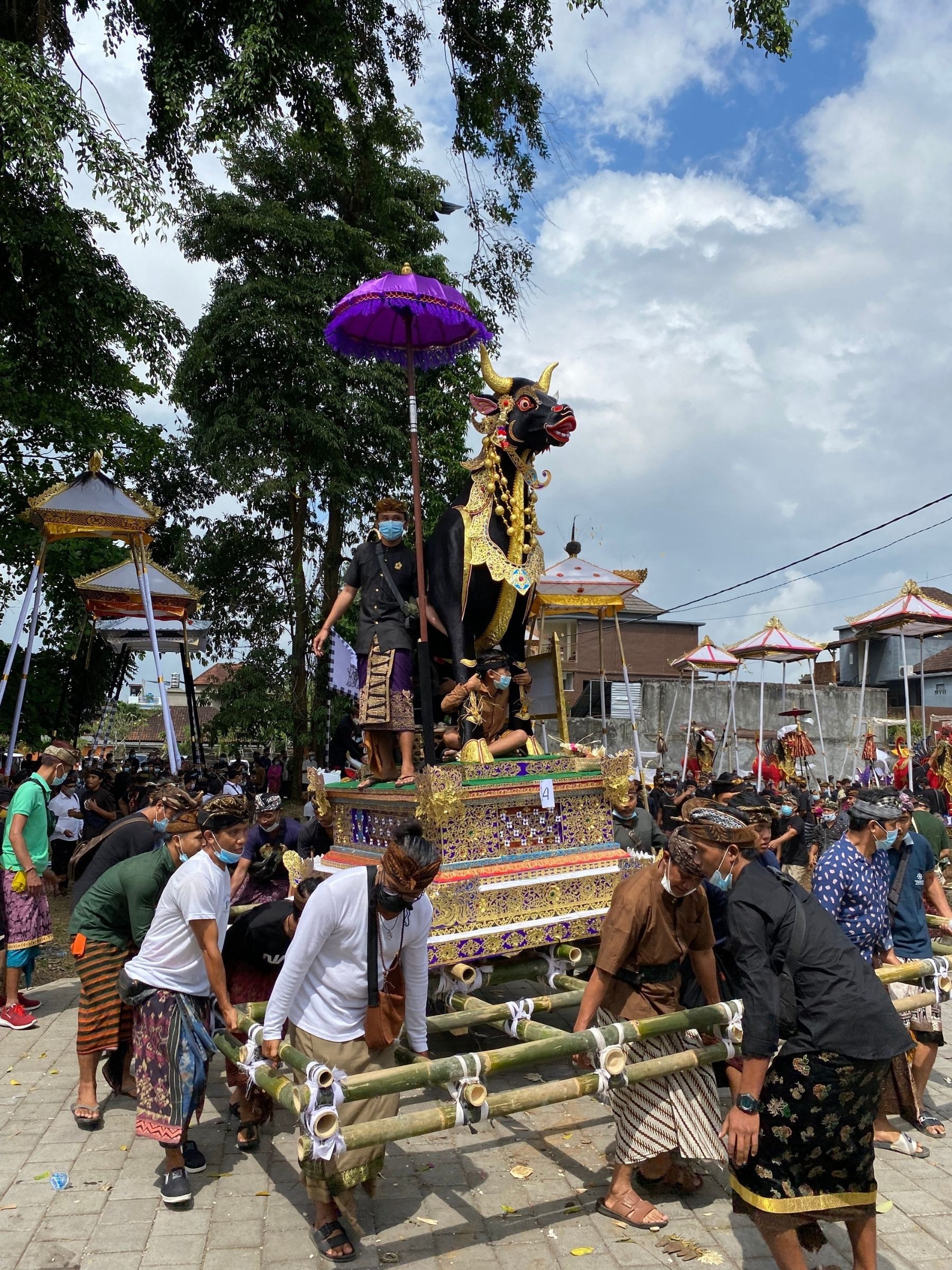 If the totem is white, it means that the person was a minister of the temple or from the "Brahman" caste.  Then all the totems are brought to the cemetery to the sounds of the Bali ceremonial orchestra "Gamelan" and the head of the settlement, along with all the participants in the ceremony, while reciting the Mangku (priest) mantras, makes a round around the cemetery three times. 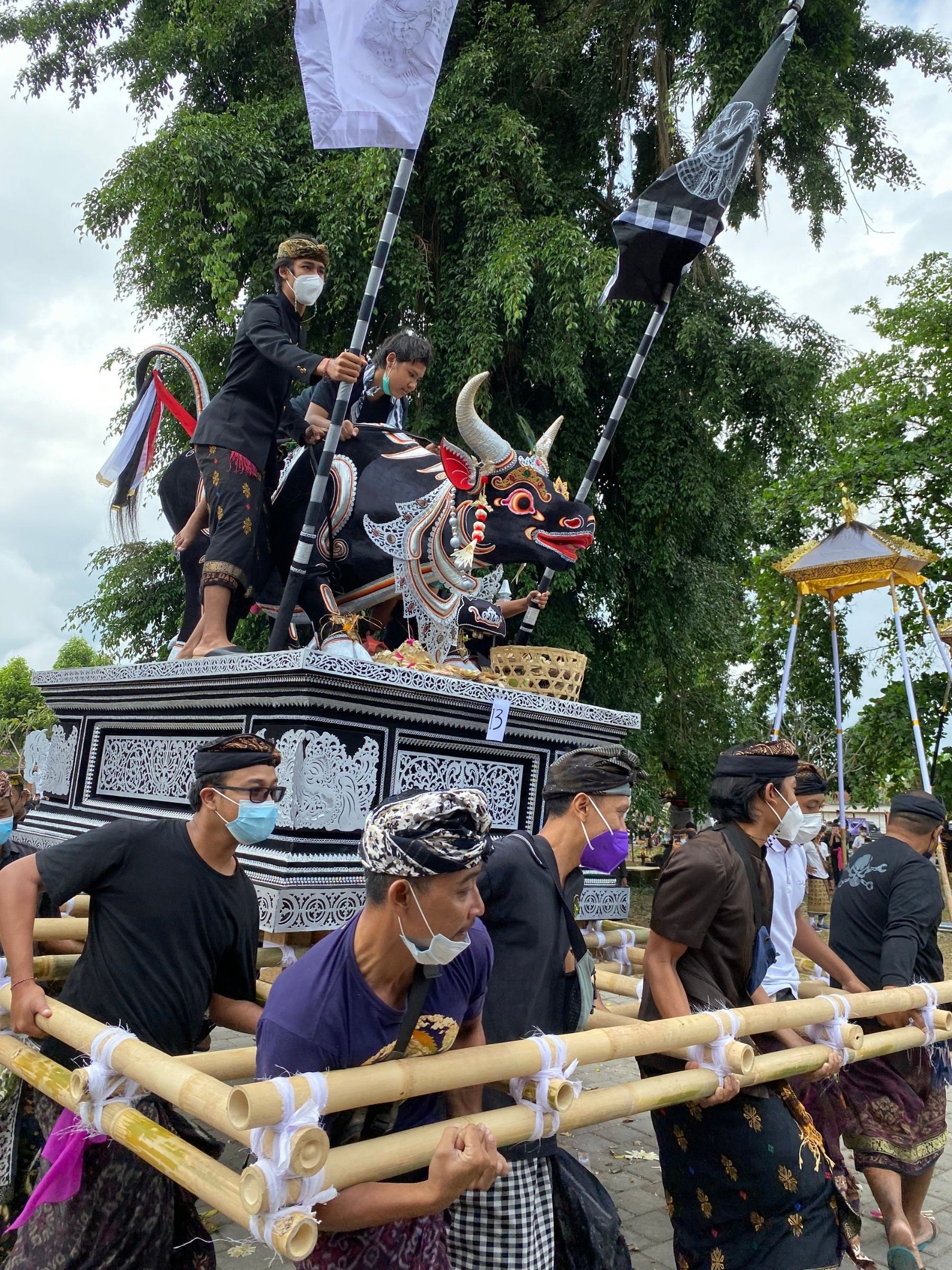 After that, respectively, the ritual of placing the remains in totems with all the honors and mantras (well, everything is as usual) and then all the "Pisces" "Lions" "Bulls" are simultaneously set on fire and this creates an unforgettable impression, everything is on fire, Mangku recites mantras, plays "Gamelan "... 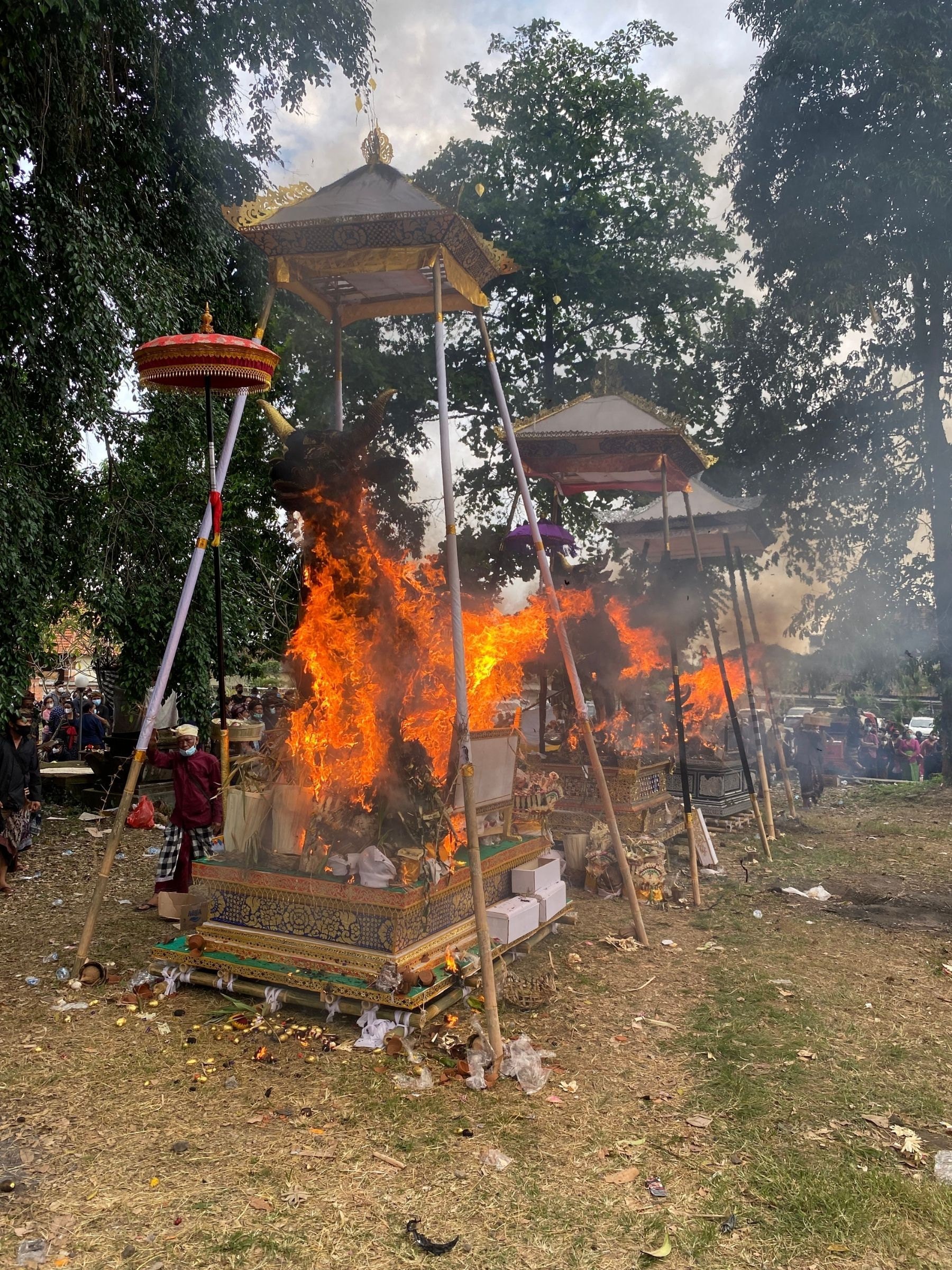 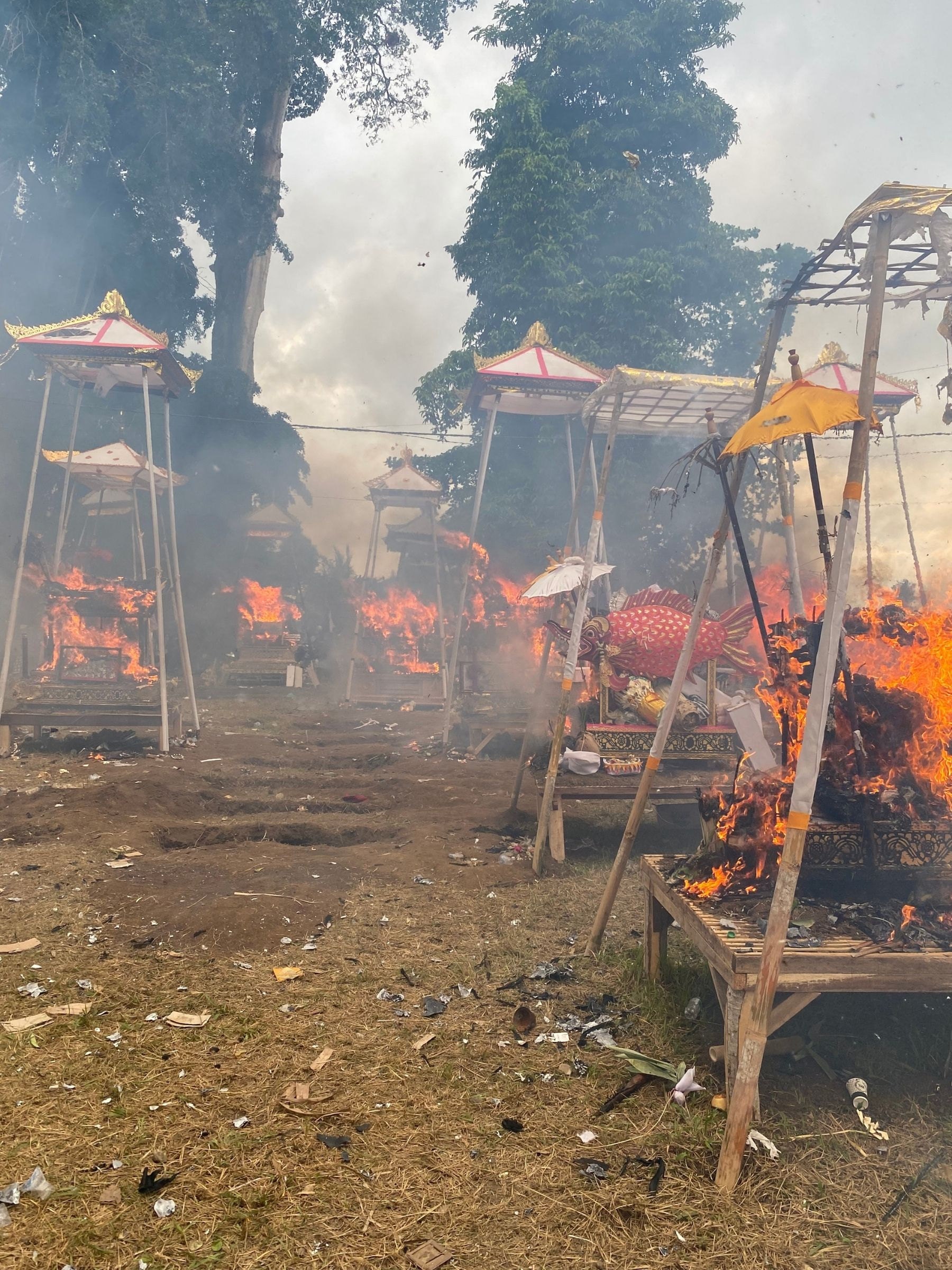 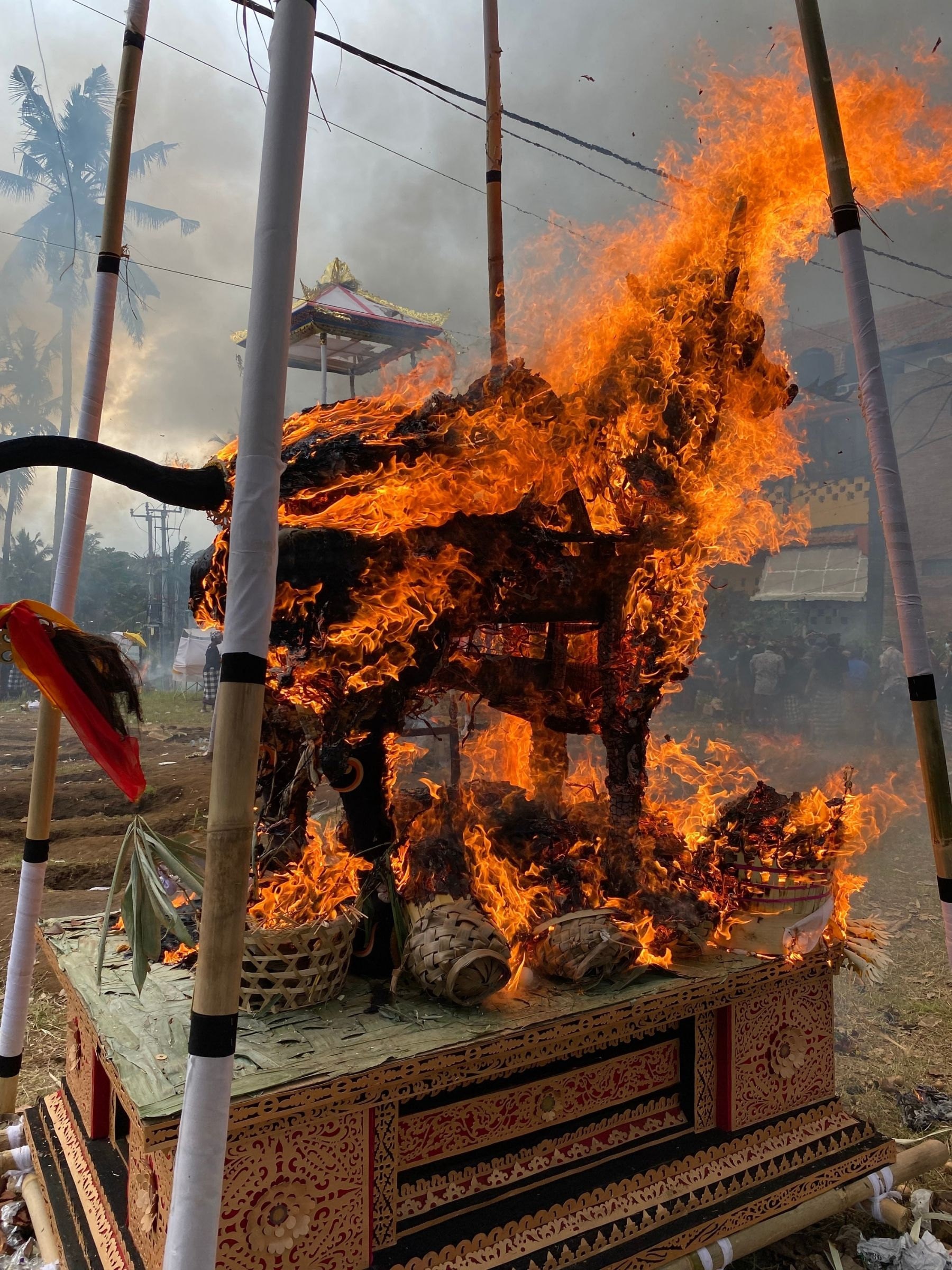 ...  It is clear that a fire engine is on duty at all this and a fire brigade is extinguishing the smoldering remains…. Safety first :)

...  The remains of the ash are collected once again and taken to the beach to be scattered over the ocean and after that everyone goes to the main temple complex of Bali "Pura Besakih" ... 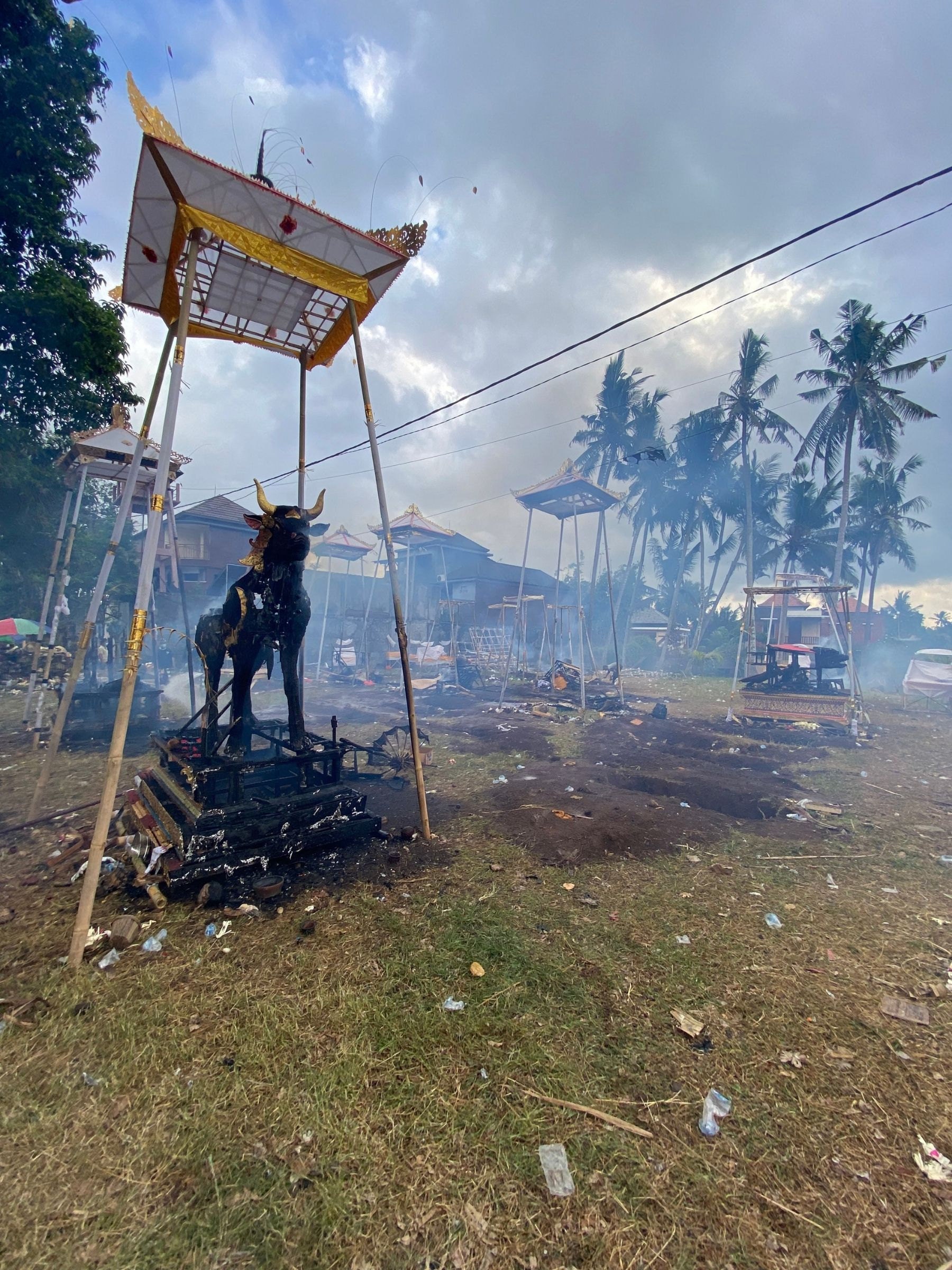 ...  Well, about the money. It was this ceremony that cost about 600,000,000 Indonesian Rupees, which is approximately $ 42,000  For such ceremonies, the whole village is usually thrown off evenly and it turns out about 20 million rupees per family. Well, since ceremonies are the main expense of a Balinese resident, there is always money for such a thing ... 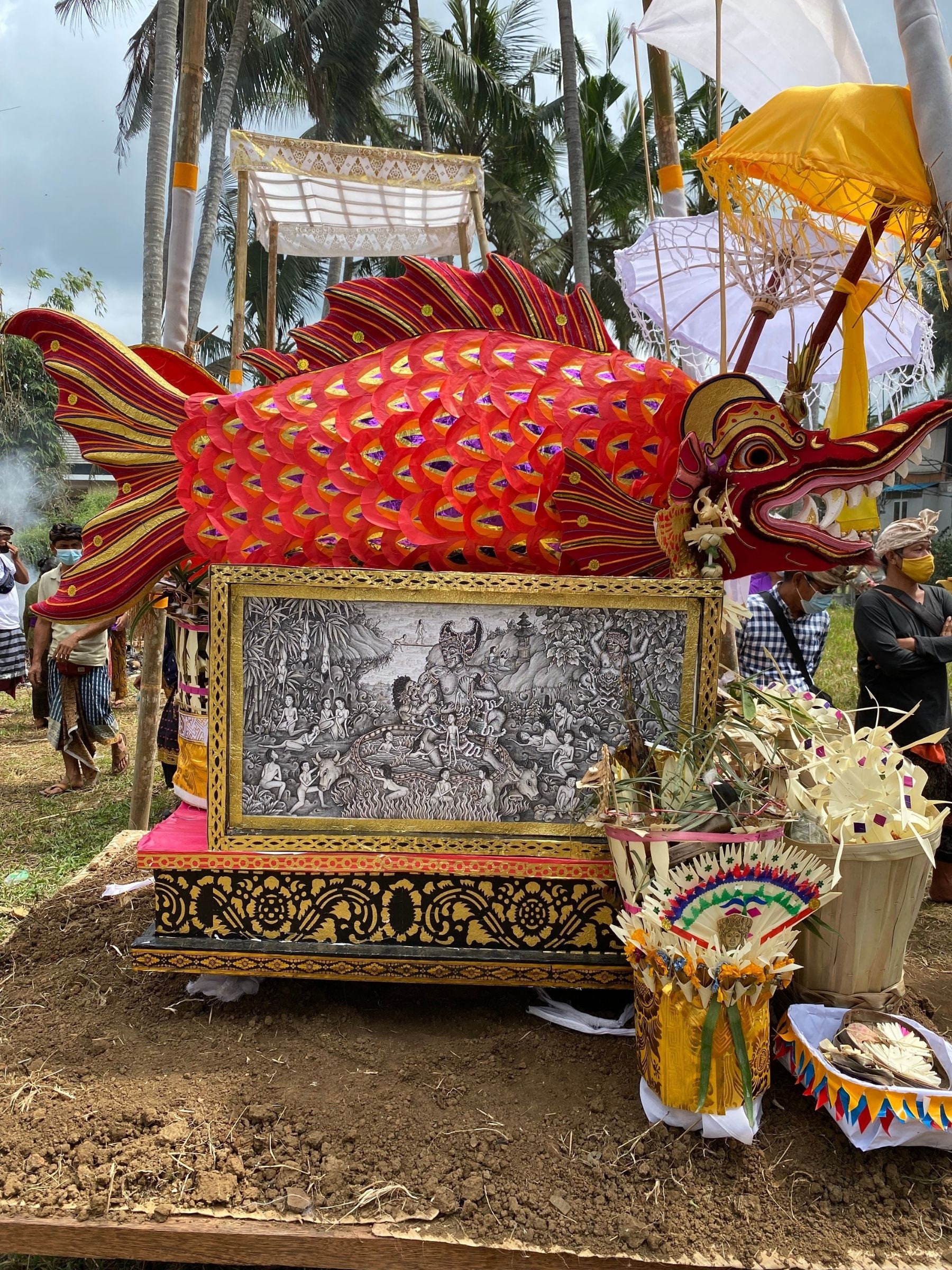 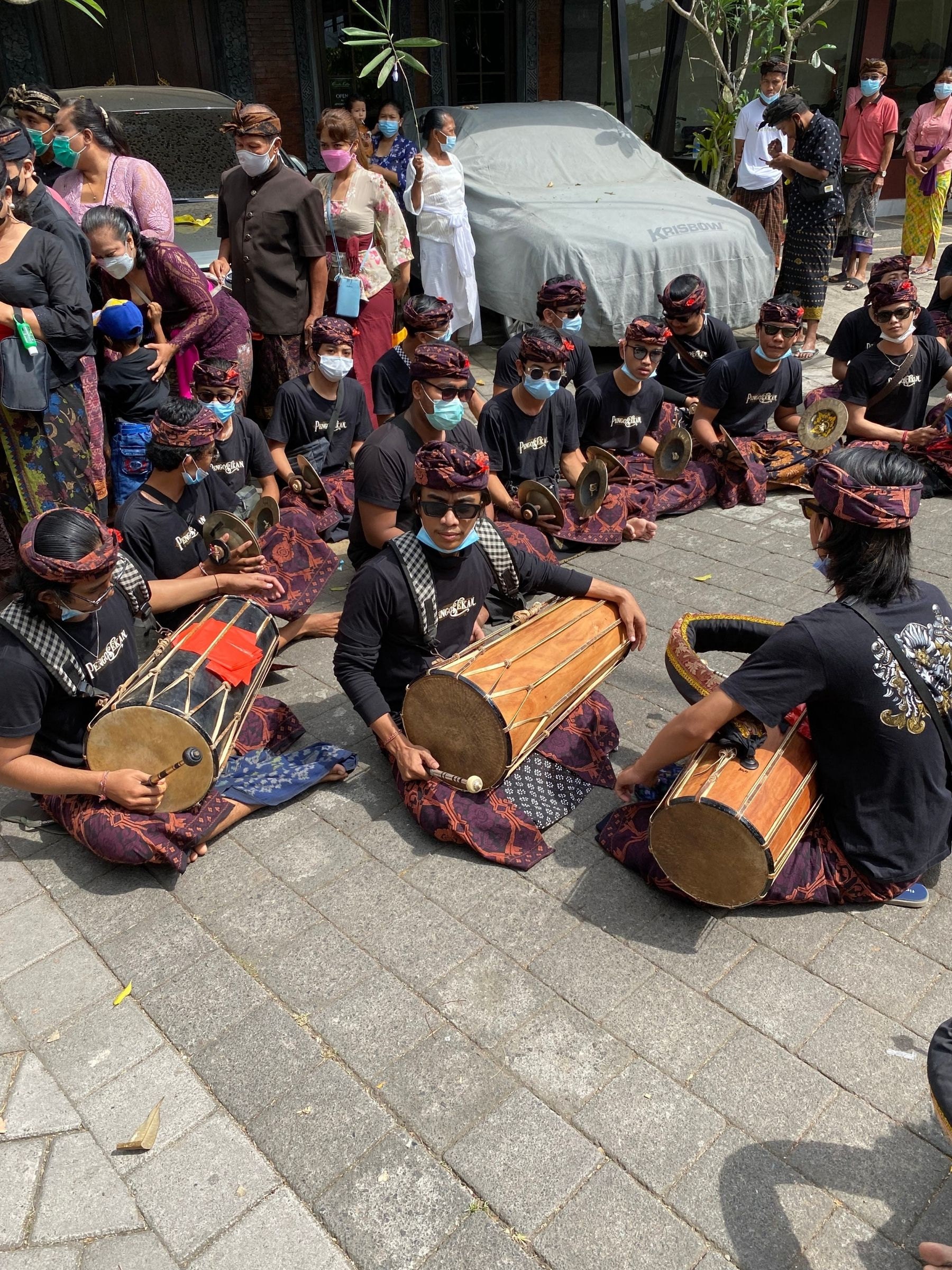 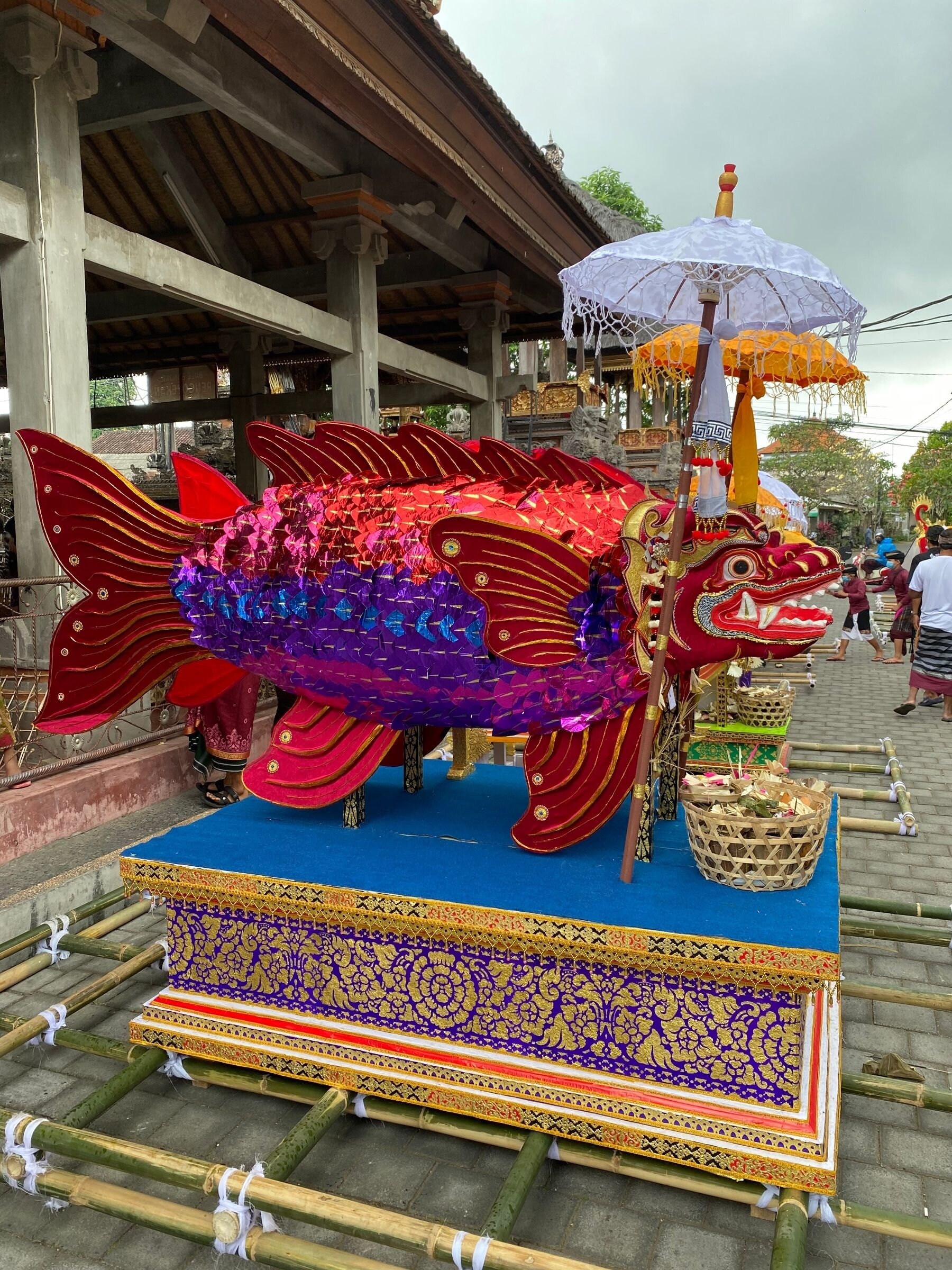 Thank you so much for reading, we try more usually added publications about balinese culture.

Have a great day dear friends

Previous Post Our new video about ceremony for rennovated workspace.
0 items in your cart